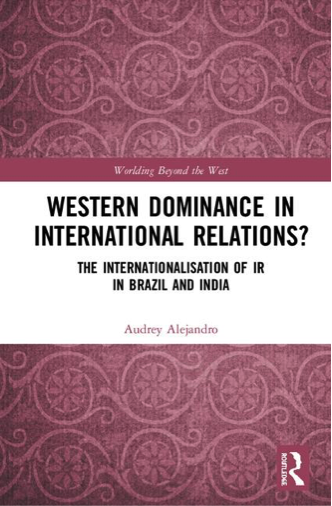 BUY
Here is a short essay I wrote to summarise some of the arguments of the book: Diversity for and by whom? Knowledge production and the management of diversity in international relations, International Politics Reviews, 2021. 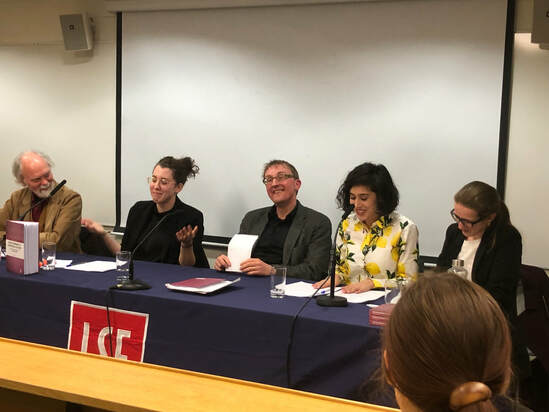 Since the 1970s, a 'critical' movement has been developing in the humanities and social sciences denouncing the existence of a 'Western dominance' over the worldwide production and circulation of knowledge. However, thirty years after the emergence of this promising agenda in International Relations (IR), this discipline has not experienced a major shift.
This volume offers a counter-intuitive and original contribution to the understanding of the global circulation of knowledge. In contrast with the literature, it argues that the internationalisation of social sciences in the designated 'Global South' is not conditioned by the existence of a presumably 'Western dominance'. Indeed, though discriminative practices such as Eurocentrism and gate-keeping practices exist, their existence does not lead to a unipolar structuration of IR internationalisation around ‘the West’. Based on these empirical results, this book reflexively questions the role of critique in the (re)production of the social and political order. Paradoxically, the anti-Eurocentric critical discourses reproduce the very Eurocentrism they criticise. This book offers methodological support to address this paradox by demonstrating how one can use discourse analysis and reflexivity to produce innovative results and decenter oneself from the vision of the world one has been socialised into.
This work offers an insightful contribution to International Relations, Political Theory, Sociology and Qualitative Methodology. It will be useful to all students and scholars interested in critical theories, international political sociology, social sciences in Brazil and India, knowledge and discourse, Eurocentrism, as well as the future of reflexivity.

Is IR as diverse as the critical literature assumes it to be, and do such differences represent comparative disadvantages for the internationalisation of publications?
The first chapter questions the way ‘difference’ and ‘local specificities’ are addressed by the critical literature. It challenges the assumption that ‘scholars from the Global South’ are excluded because of their alleged ‘non-Western’ specificities. It investigates the existence of local specificities described by the critical literature, focusing on the contributions of India and Brazil to theoretical, thematic and demographic diversity of ‘Global IR’. It then examines the value attributed to these specificities by Indian and Brazilian scholars, and the consequences of demonstrating such specificities for internationalisation.
Two main conclusions can be drawn. First, in the case of IR in India and Brazil: (i) there is no theoretically specific production; (ii) thematic differences (focusing on national foreign policy and regional studies) exist but are experienced as national traditions rather than invested as a counter-hegemonic stance; (iii) the fact that very few people were working in IR before the 1990s explains the invisibility of national scholars at the international level. Second, the adoption of these criteria represents comparative advantages for the internationalisation of research.
​The first chapter shows the lack of ‘anti-hegemonic’ engagement of Indian and Brazilian scholars and sheds lights on how the narrative of Western dominance essentialises ‘non-Western’ IR as inherently different.

Do Indian and Brazilian IR scholars aim to publish in foreign IR journals?
The second chapter assesses the position of Indian and Brazilian scholars regarding the internationalisation of their publications. Thus, it questions the implicit consensus that ‘scholars from the Global South’ naturally aspire to publish abroad. First, it investigates the target audience and privileged publication formats for IR in these countries. Second, it draws up a socio-history of the field of IR in Brazil and India to account for the development of IR scholars’ profession in its relationship with the state and government through an inter-generational comparison.
These investigations demonstrate the existence of two models of professional engagement. In both countries, IR has been constructed as a foreign policy tool to support postcolonial states’ need for international expertise and their construction as international political subjects. However, publication strategies have drastically changed in Brazil since the 2000s. Since then, Brazilian scholars have started to prioritise internationalisation and have not encountered difficulties in doing so. During this same period, Indian scholars did not change in the same way. They remained in favour of non-peer-reviewed publications, which mainly address national and regional elites.
​Chapter 2, therefore, demonstrates the plurality of IR professional practices and objectives around the globe. It exposes the assumption of a universal model of professionalisation and publication made by the narrative of Western dominance.

4. The national and the international

How did critical scholars exclude themselves from their object of inquiry, and what did I do to include myself back into the analysis?
Chapter 6 offers a reflexive account of three of the endeavours I undertook to produce an alternative discourse to the narrative of Western dominance. I argue that the core reason explaining the recursive paradox in which IR critical scholars find themselves is that they exclude themselves from their object of study. To face this issue, I first show how I theorised reflexivity to understand what its object is, and what the obstacles to including ourselves in our research are. Second, I show how the current conceptualisation of diversity (or lack thereof) prevents us from understanding the power relationships created through the circulation of knowledge and enables critical scholars to exclude themselves from their object of study. Finally, I describe some examples of how I adapted qualitative methods (research design and interviews) so as to include myself better into my object of analysis.